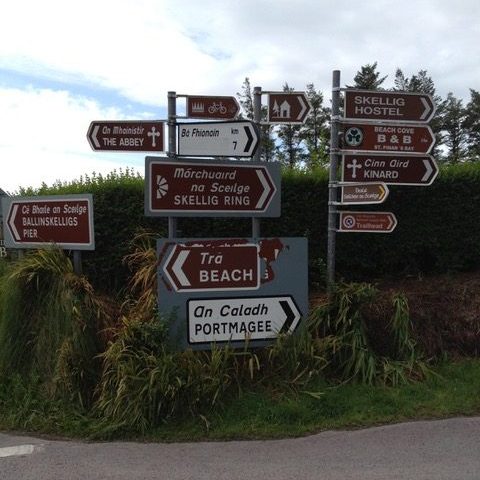 My first trip to Ireland connected me to the island, home of my ancestors.  Connected me in a such a way that it changed my view on family, offering glimpses into their unhappiness.  How did their suffering become ours?

Growing up, I remember my mother honoring the patron saint of Ireland every St. Patrick’s Day by fastening green ribbons to our Catholic school uniforms.  The aroma of cooked cabbage greeted us on our arrival home from school.  And when the last limp, gray leaf was eaten and the pot scrubbed and stored, my mother Helen Healy paid homage to all the saints of Ireland with an elaborate celebration of her own.  She’d pour herself a good stiff Irish whiskey, sit at her well-polished baby grand piano, and play the Irish melodies of her youth.  Twilight cast ghostly shadows on the wall, creating an illusion of another poor soul sharing in her hopeless night of mournful memories.  My father Mike Shea never connected emotionally with any of his four children.  He remained a distant figure by leaving early for work and returning late to enjoy his supper in private.  (excerpts from my book, Finding My Irish, 2005)

Who were these people who raised us?  What sad lives created such misery?  They both side-stepped through life, indifferent to the realities of parenthood.  We had no hint of my father’s family, nor did we ever see my mother’s family sober.  Our parents took secrets to their graves leaving us, their children, to wonder how and why it all went so wrong.  Having scant bit of background knowledge, the task of searching for clues of their parents’ lives in Ireland seemed the best place to begin.  Armed with stateside grave stone information and a staunch resolve, I took up the challenge, and there was no turning back.  Little did I know how this one small trip to Ireland would change my life and put me on the path to record not only my great-grandparents’ lives but also my grandparents, and consequently, my parents.  From that, emerged the bravery to write my memoir to record how the lives of the Shea children were upended by the twin demons of mental illness and alcoholism.

Brendan Kelly, Professor of Psychiatry at Trinity College Dublin, states that babies in the womb at the time of the Great Hunger (Famine) were subjected to such severe stress that it changed Irish people’s genes forever.  It had lasting effects on generations of Irish people, right up until today.  He believes we could still be passing down the results of the Famine from generation to generation.  My mother’s words echo in my soul: “break the strain – never marry an Irishman, for if you do, you deserve all the misery you’ll get.”

Children of Famine survivors, all four of my grandparents were born in Ireland.  My paternal grandparents:  Michael Shea, born in The Glen, Ballinskelligs, County Kerry 1859 – 1925; Bridget Murphy, born on Valentia Island, County Kerry 1865 – 1913.  My maternal grandparents: Michael Healy, Boyle, County Roscommon 1879-1950; Sarah Beirne, Boyle, County Roscommon, Ireland 1881 – 1966.  Our DNA is 100% Irish (as per Familytree DNA results).  It’s safe to say we are hardwired for a life of emotional pain.

The great novelist Frank Kafka (1883-1924) said, “A book must be the ax for the frozen sea within us.”  And in order to write what moves us, we’ll have to visit our pain.  Our fears.  Our weakness.  Our nightmares and demons.  We have to be brave and brace ourselves for the truths we’ll discover.  This solitary journey is difficult, but I can promise that you’ll be relieved of your burden from having done so.  I found myself awash in waves of hurtful memories while writing Veil of Silence.  The truths were astonishing and sad; yet, redeeming in a strange sort of way.

My memoir, Veil of Silence, took on a more complex dimension as I delved into the emotionally charged environment of my childhood sustained only by emotional neglect, alcoholism, and the madness of insanity.  Along the way, I tripped over the parts that were too painful.  I grazed over them and moved on.  That is, until my writers’ group challenged me to dig deeper, to tell more.  “Surely,” they agreed, “there’s always more with the Irish.”  After many re-writes and do overs, it became easier to understand my role as victim; whereas, before, I thought myself merely an observer.

We write the truths and ideas that seem so cruel that we can hardly believe them.  We write the stories that keep us awake, tossing and turning at night, because it echoes the ache in our souls.  We include the parts that terrify us, and record them on pages, so that we are reminded they are real.  We write about the things that punch us in the throat and stir our insides. The more you face the past, the more you can look back and love the child you were and be proud of the adult you have become.

Ready to start reading? Click below to order your copies of Sharon's books now.

All content copyright © 2022 by Sharon Shea Bossard unless otherwise indicated. All rights reserved.